The Premier League has become a global phenomenon, with some 3.2 billion people watching every season as it is beamed into over a billion homes. It has become a ‘super-brand’ and is without doubt the ‘most exciting league in the world’.

As that world continues to adapt to pandemic-hit life, sports broadcasters are desperate for the success of live sport, and none more so than those invested heavily into the Premiership.

The efforts that are being made to recreate the spectacle include everything from the introduction of artificial crowd noise, Zoom fan rooms, interactive mobile apps and audio directors being the new demi-gods in makeshift studios, all an effort to recreate fan atmosphere.

There’s even rumour of a collaboration between Sky and EA Sports (the company who make the FIFA video game) to take things one step further and beam team specific noises and chants featured in their games back into stadiums.

The humble football fan, making the journey time and time again to be part of a collective support for their team, would appear to have a lot more value than they have been given credit for. Does the ‘super-brand’, the product, the spectacle really work without them? 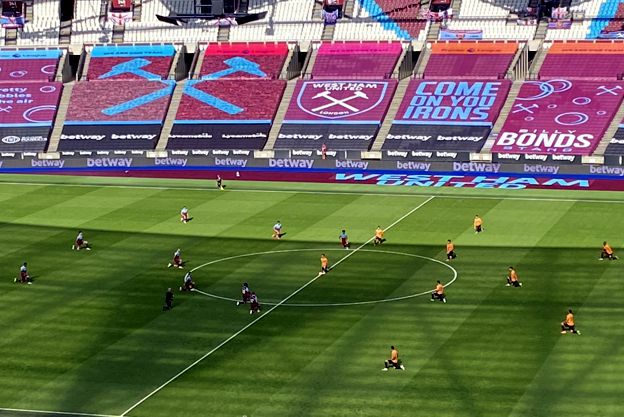 At West Ham, even before the pandemic, we’ve seen so many of our time-served and most vocal supporters calling it a day as far as their longstanding matchday rituals and relationship with their team are concerned.

Many more may now be contemplating whether they continue to embrace our team and our game as we become accustomed to the “new normal” of televised football.

In any other walk of life, if any product you bought or service that you paid for became defective, was sub-standard, or it didn’t deliver against the expectations that had been set by its producers or retailers, well, you’d take it back and probably demand a refund. In the UK we have laws that protect the consumer, unless you are a football fan it would seem.

For many, their matchday experience since the failed transition from our beloved Boleyn Ground in Upton Park to the Olympic Park in Stratford has changed so much that they barely recognise it. It has been sanitised and commoditised to such an extreme that of my own group of friends, the majority of whom have over fifty years behind them supporting the team, only three remain.

I see our group being mirrored across the fanbase, with more and more long-standing disheartened supporters simply not wanting to go anymore. These are the heart and soul of the West Ham support, those who represent generations of past support for the club.

Let us be clear, these are not fair-weather types, they are the traditional backbone who have seen many a relegation and failure and never would have dreamt of abandoning the club they love.

But they have been allowed, perhaps consciously, to become detached from their West Ham. When both I and members of the committee at Hammers United have engaged with them the rebranding, broken promises and failed transition to the new stadium have always been the overwhelming reasons cited for walking away. 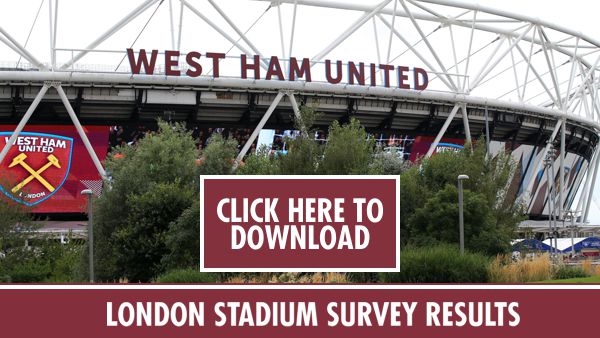 So, there was little surprise here at Hammers United when the damning results of the 2020 London Stadium survey were published.

The attempts by the club’s PR machine under the direction of Baroness Brady boldly suggested it was “just a few ‘malcontents’ who were unhappy” and who were the source of the problem. Some of those who prefer to tow the club’s line in the popular press (and there does seem to be an awful lot of fear around the press and media when it comes to challenging the club recently) suggested it was just a ‘couple of hundred old men’.

How refreshing then to see that an unabated and truly independent survey, void of any club interference, confirms what we have been hammering on about (pardon the pun).

Only 15% believe the stadium move was a good idea.

Only 7% believe the stadium feels like our proper home.

Only 3% feel that West Ham can become a top 6 club in the next 5 years.

And what should be of great concern is that only 23% of those completing the survey were over 55, clearly articulating that it isn’t just the ‘old school’ who are unhappy, all generations feel disenfranchised with the manner in which the transition has been handled.

As the largest democratically elected and independent supporters group, our members expect us to hold the club accountable, and that is why we refer back to the West Ham board’s own 10 point plan:

‘Arguably most important of all is our commitment to listen to what you have to say. We know we are just the custodians of the club. You who follow us every week, whether near or far, are the true owners. Whether talking to you online or in print, or face to face at fan forums, we will be open transparent & available.’

When reflecting on that statement, it’s hard to argue with the thousands of West Ham fans who joined our protest and broke into a chorus of “Lies, Lies, Lies”

Our fans feel wholly undervalued and underappreciated and only 5% of them believe the board are doing a good job. I cannot think of one other organisation where a CEO, who is an employee, would keep their job amidst such diabolical levels of customer satisfaction. 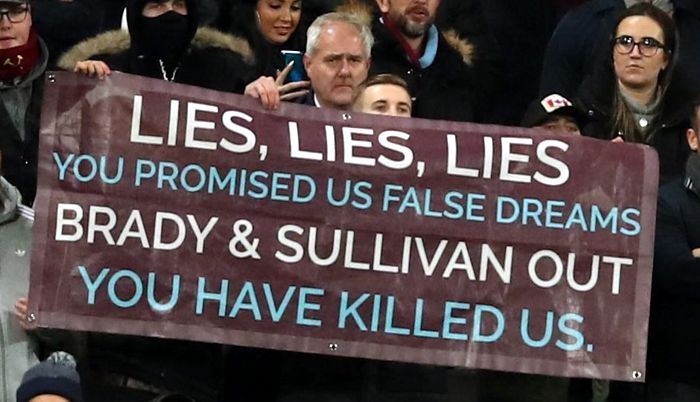 Our board, however, awarded our CEO a phenomenal pay rise. The Baroness must’ve been clicking her heels with joy after delivering our ‘magnificent new home’, along with ’the most successful stadium migration in history’ and ‘a world class team for a world class stadium’ to boot.

One of many sayings commonly heard at East London’s docks of yesteryear was ‘Money for Old Rope’. Well at least with those old sailors, you could see the bleeding rope they were trying to flog you.

The full results of the survey can be found here  (download from mediafire) and make for interesting reading.

Hammers United believe that change is long overdue at the club and the time is now for the club to introspect, hold accountable those responsible for its failings and start a transformation project that overhauls the current leadership.

This is a golden opportunity to work with those who represent the views of thousands of supporters, who have been passionate enough to take to the streets and protest at the shameful experience being delivered by the club’s owners to its loyal fans who love the club.

If we truly are the owners, and the board are indeed just it’s custodians, it’s time they revisit their approach and the value that they are offering. The track record of failure and underachievement demonstrated by the overwhelming dissatisfaction of the West Ham United support, the lifeblood of this club, is damning.

We continue in our efforts to develop a model of engagement which can allow our supporters a genuine voice long after Gold, Brady and Sullivan are gone. We work with the help of the FSA and will of course keep you abreast of any significant developments.

This current state, which sees our club residing in a stadium that does not look or feel like the home of West Ham United isn’t sustainable. The prospect of staged attendance in line with social distancing measures will do very little to improve that.

There are of course, conflicting views, complications with the LLDC and failed OSB’s, but when the fans are walking away in their droves, protesting in their thousands and even the Pie and Mash vans can’t make it work at the new stadium, you know that something deep inside our club is broken.

Our members continue to be frustrated as we reach the finale of another season of under-achievement with failure on and off the pitch. As we become accustomed to our ‘new normal’ and we dust ourselves down, cautiously beginning to emerge from the wreckage of COVID-19, our attention returns to picking up from where we left off and the cries of protest and GSB OUT from our members begin to ring out again. 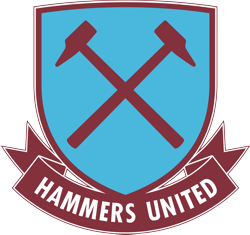 We cannot allow those who have already walked away, and thousands more considering it, to be treated like commercial cannon fodder. They and their relationship with West Ham is not expendable. Hammers United have already demonstrated that we will not just idly sit by and do nothing.

We implore the club, its owners, investors and any potential suitors to take the action required to change this unacceptable situation now.

Our door has always been, and will always be, open for transparent, meaningful and constructive dialogue with the football club. We are a supporter’s association that will continue to work tirelessly to improve this truly awful level of supporter dissatisfaction that is slowly killing our great club.

In line with our members’ requests,at present we remain a supporters group in protest mode.

Our work to engage with our club on behalf of our support continues indefinitely. If you will not meet us in the Boardroom then we will see you at the gates.

We are here to stay.